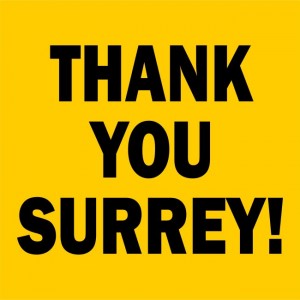 Today, folks from all over Surrey gathered together, and then spread out to knock on doors… to support Surrey First, and remind Surrey voters:

“Look how far we’ve come… Imagine how far we can go!” 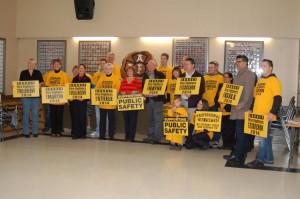 Volunteers, Surrey Fire Fighters, Councillors and Candidates all came together at various locations, for Surrey First. 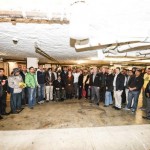 At the bottom of the post, are some other photos from the event, and from candidate Mike Starchuk, out door-knocking and engaging voters in Surrey.

On the left, above, are the door hanger brochures.

Today, Surrey First volunteers successfully reached out to thousands of households, asking them to allow us to continue the good work of the Surrey First Team… building a better Surrey!

Saturday, November 15th is Voting Day… make sure to have your say!

Find out more about Surrey First’s candidates and platform at SurreyFirst.ca

(Click on any of the images to open them in a pop-up viewer.)