Raised and educated in Surrey, I have lived here most of my life. I started my career in public service, as a volunteer firefighter in 1980, which then led to an amazing 32 years of service as a professional Surrey firefighter. The most fulfilling part of that career was as a founding director of the Surrey Fire Fighters Charitable Society. This charitable society continues to be one of the top charitable organizations in our City. I retired in 2014, as Surrey’s Chief Fire Prevention Officer, to pursue a challenging second career, as a City Councillor, and was elected that same year. 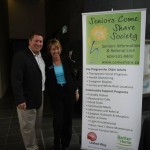 In my time at Surrey City Hall, I have always accommodated meetings with members of our community, either at City Hall or in their neighbourhoods. I believe this has made me the most accessible Surrey Councillor. I have been invited to meet with all of the neighbourhood associations. We met to discuss their local issues, where I listened and informed them of what is current in the rest of the City. 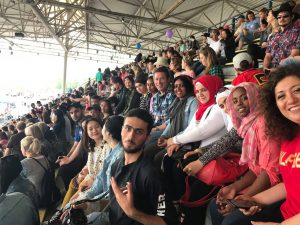 I have offered my connections to organizations and individuals to make differences. One example, involved the 2018 Cloverdale Rodeo. As the Chair of the City’s Diversity Advisory Committee, I often run into service providers looking for assistance. DiverseCity had a table set up at an event in City Hall, where I approached them and asked if they could use some passes to the Rodeo. What happened next was one of those “pay it forward” moments.

Through the help of staff, I was able to arrange passes for 20 people, two for DiverseCity staff, and 18 for their clients, giving them the opportunity to experience their “first rodeo”. They had access to the grounds, rodeo and midway rides. When they arrived I had the pleasure of meeting with these young adults from around the world. They had come to Canada for a better life and had ended up in Surrey. Sitting next to a young woman from Syria, she explained how she loved our City and her experiences here.

Part way through the conversation, I could see that she was alarmed by the screams from the midway rides. She interpreted the screams as sounds of distress, rather than the exhilaration of the rides. She was put at ease, somewhat, by my explanation that these screams were similar to those screams from scary movies. No one was being harmed.

Shortly after we said our goodbyes, I ran into the group as they were enjoying the midway. This young woman was on a looping ride, head down, eyes closed and hands holding on to the bar, white knuckled. When she walked down the stairway all I could see was a big smile and wide eyes. She was exhilarated. She was ready to do it again! I’m happy to be a connector and will never forget how I felt, sharing in their experience. 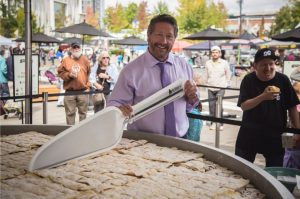 As the Chair of the Agricultural Committee I am pleased to be a part of the promotion and education of our Agricultural community where we now have a stand-alone Agriculture Week to celebrate everything local and fresh. We now have “Pie in the Plaza” where we showcase agriculture and provide a free family event that includes BC’s largest blueberry pie.

Part of Agriculture Week is farm-to-table dining on Sundays in September. I met with our local restaurant owners and chefs to come up with the concept of two-thirds of the menu ingredients coming from within the boundaries of Surrey. This September program has become so successful that one of the restaurants in South Surrey (Tap) has a set menu where nearly 90% of the menu ingredients come from Surrey. It was so successful, they extend that menu into October because their patrons so enjoyed dining on fresh local products.

There is crossover between some of the committees I chair. One such instance is that of the Diversity and Environmental committees. My connections have led to the “Foam Free Vaisakhi” program where a grassroots group was able to divert more than 100,000 pieces of styrofoam from our landfills this year. This program is expected to grow to over one million pieces of non-polystyrene kept out of our landfills. 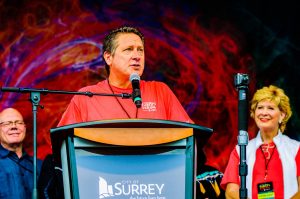 The same approach was used at the 2018 Fusion Fest. With the environmental success of the “Foam Free Vaisakhi” pilot, the same principles were applied to Fusion Fest. I’m pleased to say 100% of the items used by the food vendors were either biodegradable or recyclable. As close to zero waste as possible, at a time when the public is asking us to think more about Mother Earth. 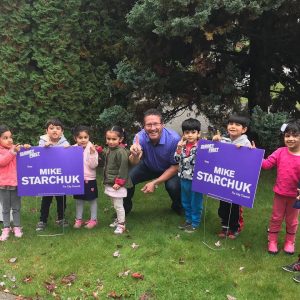 It has been a privilege representing the Citizens and City of Surrey, on Council, for the last four years. I have been fortunate to have had the opportunity to bring fresh and new ideas forward, and I hope on October 20th, you will cast your vote for me, so I may continue to represent the City I love; the City I have called home for over 50 years; the City I work, live and play in.