The Surrey Policing Transition Report was released on June 3rd at 1:00 pm, and is 189 pages in length. The closed Council meeting only lasted two hours before the report was voted on and sent to the Provincial Government in its present form.

I read for two hours and could only manage to get to page 123. By the time I made it through the document, I spent nearly three hours and had made notes with 27 questions. How informed was Council in the two hours they had, to disseminate the information, before they sent the report to the Provincial Government?  Why did they keep the report out of the community engagement process? These are the questions I hope are answered as the rest of the public is left wondering how factual the numbers are.

Today I was on Pulse FM and had the time to speak with host Tara Lopez about the transition report and what the Mayor says it will cost.

The interview opened up the dialogue with respect to the numbers. Both in budget numbers and the numbers of personnel.

What I found during my second read-through, were some deficits surrounding the Special Investigations Section. Specifically, Sophie’s Place, which starts on page 94 and continues on page 95. What caught my eye was, in the report where it said there is “child friendly space for children up to and including 18 years of age living in Surrey…” Sophie’s Place provides care for children zero to nine years of age.  With this glaring incorrect statement, I began to look at this part of the report with greater intensity. 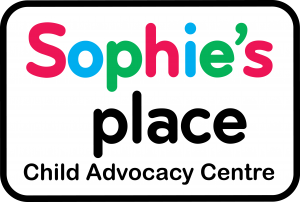 Sophie’s Place holds a dear spot for Surrey Fire Fighters as they are the ones who, in 2012, created much of the space for this program. Let me give you some background.  Sophie’s Place is the 1st child advocacy centre to open in B.C.  It’s a place where children that have been sexually or physically abused can go and get wrap-around service from specialized RCMP officers, victim services, counselling and much more.  As a firefighter I was part of this group when it was first set up in 2012.

On February 7, 2019 Mayor Doug McCallum and Surrey City Council unanimously passed a corporate report
https://www.surrey.ca/sites/default/files/corporate-reports/CR_2019-R027.pdf
to enter into a 10 year lease and expand Sophie’s Place with an additional 11 Special Victims Unit officers and two staff, so that services could be expanded to include children aged 10 to 15.

In the Surrey Policing Transition Report, those 11 officers and two admin are clawed back, and services to abused children ages 10 to 15 are taken away. We cannot let these vulnerable children fall through the cracks. We cannot allow this Council to endorse a Corporate Report in one month, and then a few months later, dismiss those details and omit this here.  To state that any additional resources will come from Surrey PD Sex Crimes Unit is nothing short of ludicrous. There is nearly one new file opened every day. The expansion of programming for youth 10 to 15 years of age, is the reality of what is happening in our society.

Stand UP and SCREAM at the top of your lungs for these young victims! If we don’t, the predators win.