My family moved from Vancouver to Surrey before I began school and settled into a small rancher on a gravel road in Newton. I attended public school at FD Sinclair, Bear Creek and Newton Elementary, before going to William Beagle Junior Secondary and Princess Margaret Senior Secondary. I attended a “temporary” campus of Douglas College that was located in the 9200 block of 140th Street, after leaving high school.

Athletics played a large part in my youth with time spent in community organizations as well as school athletics. I played some football with North Surrey Minor Football and baseball with Newton, Kennedy Surrey, North Delta and Whalley. A great deal of time was spent later on playing racquetball in the (then) two racquet clubs (Surrey Racquet Centre and Pacific Coast Racquet Centre) that were located in the City at the time. As well, tennis on the City’s courts and golf on the courses in Surrey. 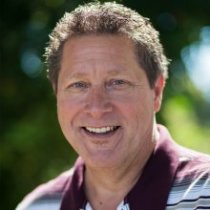 When I lived at home on the West side of King George Highway, my neighbour, Ken Field, who lived across the street, was a Captain with the Surrey Fire Department and would often talk about his job and the satisfaction of serving the public. The talks became longer and more frequent as I was extremely interested in this profession. And – at the same time – it gave me the opportunity to “run into” his oldest daughter. Yes, the daughter that would eventually marry me and share our 32 year journey.

After moving out of the parent’s house, I moved to the Guildford area where I settled into my first apartment. At that time (September 1980), I began as a Paid on Call volunteer firefighter at the fire hall on the corner of 108th Avenue and 146th Street. That is where I got the “taste” of what it was like to serve the community. Unfortunately, by the time my pager would go off and I would leave the apartment, drive through a long and winding parking lot and travel to this fire hall, the fire trucks would be gone. Standbys, while they served a purpose, were not what I was looking for, so back to Newton, and closer to the fire hall, I went.

Mid May of 1982, I started my professional career with the Surrey Fire Department. I was twenty-three years old, full of energy, and had no idea where this path would lead me. A few months later, after finishing my training period, I married the “gal” across the street and we settled into a new location on the corner of 70A and 135th Street. A year later we would finally own our own house on the same street we both grew up on – 81st Avenue – one block off King George Highway.

Two kids started to run around that place and were enrolled in the same Elementary school we went to. The street had changed and was no longer the place to play ball hockey or bounce a ball. We moved to the east side of King George Highway where the kids would be able to play in a cul de sac and walk to their elementary and high schools.

Once we were settled in this new location, I was able to become more involved with the events of the Fire Fighters’ Association and with our children`s activities. They were both heavily involved with school sports and activities along with community sporting organizations. As they grew with their organizations, I grew with them. I participated on the Board of Directors in Kennedy Surrey Little League during a time where that league produced 3 national Little League championships. At the same time, I was the “stats guy” on one of the Surrey Storm girls’ fastball team, that also achieved national championship status. While I was participating in the kid’s athletic endeavours, I began to build the relationships with the School Board, Parks and Recreation, and the local media to promote our events. At the same time, I began to get more involved as a firefighter in the community and began to develop relationships with other community organizations. I began to volunteer time with two charitable organizations that were dear to my heart. The Variety Club of BC and the newly created Surrey Fire Fighters’ Charitable Society.

I got involved with Variety Club prior to the creation of the Fire Fighters’ Charitable Society, which allowed me to bring ideas to both groups to make them both more influential and affective. I served on the Annual Variety Club Racquetball Tournament Committee for 18 years. We went from raising $10,000 over a two-day event to raising $35,000 in just one day. I cannot tell you how gratifying and rewarding that was.

During this time of my life, my now father in-law had been diagnosed with cancer, which he eventually beat. However, the issue of cancer and how it related to firefighters had become a focus in my life. I stepped up and took on another role within our Association, to look at the health and safety aspects of our firefighters. It wasn`t a question to me of WHY we were being diagnosed with cancer, it was a question of HOW could we prevent it?

That led me to new roles within the Surrey Fire Fighters’ Association which, in turn, provided further health and safety opportunities with the BC Professional Fire Fighter Association (BCPFFA). I was in the position to build relationships with the people who created policy and processes for firefighters who were diagnosed with cancer. As an organization (BCPFFA), we lobbied the government for legislation to protect the families of those firefighters who were diagnosed with the cancers that were directly associated with the “job” of firefighting. This relieved the families of the arduous process of filing a WCB claim, so they could concentrate on the healing and treatment process. I am proud to still be a part of this organization, and was presented with an Honourary Membership to the BC Professional Fire Fighters’ Association this past May. At the end of my career with the Fire Department, I was in the position of Chief Fire Prevention Officer (CFPO), which had me working with our City Hall Departments, the business community and those building and developing new projects in the City. In this role I was responsible for ensuring the buildings our firefighters were entering were safe for them and those who occupied them. We had to ensure that those new buildings were compliant with Building Code and Fire Code provisions. I was also in the position to look at some of the residential home issues, specifically the issues surrounding illegal suites and residential recovery homes.

The contacts and relationships I have build over the past 18 months, while working in the CFPO position, have provided me with additional insight as to the needs of those living and working in the city. The issues that came up on a monthly basis, that I felt I had solutions with merit, were not finding sustainable resolutions. I saw solutions that could not get to the proper forum for those in the City to take action. I saw the need to step away, retire early from the Fire Department and pursue a different avenue to affect change.

Back to the beginning – Who is Mike Starchuk? I am a person who has spent nearly his entire life, living in the Newton area of Surrey, pursuing a career of public service to those who need assistance in Surrey and other areas of BC. I am an advocate for those less fortunate in Surrey and an Advocate for injured Workers. I understand the need for economic growth in order to sustain the needs of those in Surrey in the future. I have built relationships with those people – and the organizations and affiliations that can assist those people who require it. I can identify problems and successes. I can provide solutions to mend the issues that exist in Surrey, and provide solutions to maintain and grow the things that Surrey is doing right.

Next post…Where Am I Going?